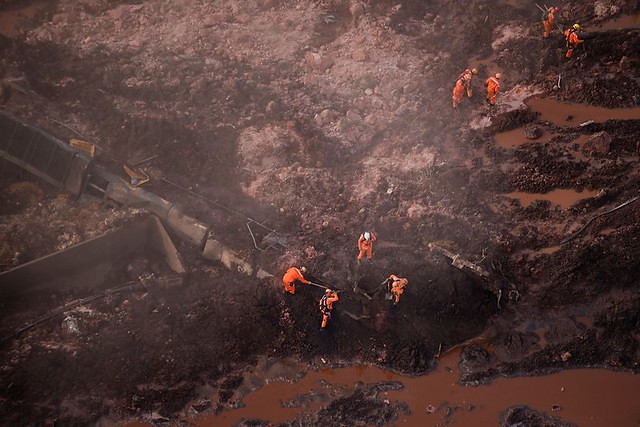 A demographic survey on the communities impacted by the burst three months ago of a Vale dam in Brumadinho, in the Brazilian state of Minas Gerais, shows that black and low-income people were the most affected by the tragedy.

Down the first few miles of area impacted by the toxic mud, 63.8 percent of the residents were non-white, a higher rate than the demographics in the city (52.5 percent) and the state (54.6 percent).

The rates in the most impacted areas are even higher: 70.5 percent of the residents of Parque Cachoeira were non-white.

The average income in the area was 7 percent below the minimum wage based on data from the current 2010 census.

The information is found in a report released in April by a group of eight researchers from multiple Brazilian universities.

“There is a pattern in Brazil and the world that major impacts usually take place in areas where the majority of local residents are black and non-white. Brumadinho follows that pattern,” Lucas Magno, one of the researchers who produced the report, told Brasil de Fato.

Those results, the expert said, show that the tragedy could be regarded a case of environmental racism.

The goal of the report, Magno said, was to show Vale’s power and pressure over oversight and inspection institutions, which tend to increase the risk of major disasters, like the one that happened in Brumadinho, where 233 people were found dead and 37 are missing. 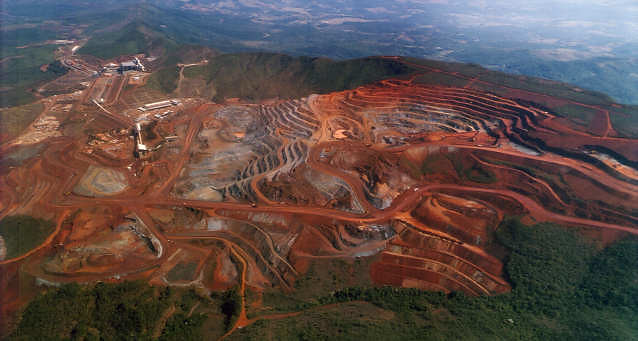 A Vale dam collapsed in Brumadinho three months ago today, and since then courts have been ruling in favor of the mining giant.

Last week, a Minas Gerais court authorized the company to resume operations at Brucutu, its biggest iron ore mining complex in the state.

The operations in the complex, located in São Gonçalo do Rio Abaixo, were shut down in early February for safety reasons after a dam broke in Brumadinho, a disaster Vale can be held criminally liable for as it failed to prevent it.

Tatiana Ribeiro, a professor at the Federal University of Ouro Preto, says that the reason behind the court decisions in favor of Vale is the economic dependence of Minas Gerais towns on the minerals firm.

Vale’s conduct, Ribeiro says, may be deemed “corporate terror” because it benefits from a sense of fear and lack of information.

The Brucutu complex initially halted operations after the public prosecutor’s office filed a civil action to shut it down, but the decision was overturned on appeal. Vale, however, did not resume its activities due to another injunction filed by the prosecution.

But the São Gonçalo do Rio Abaixo city government appealed the decision claiming that the shutdown would hurt the town’s economy.

Ribeiro assesses that this economic dependence leads to an “injunction war” in the state of Minas Gerais, which she says makes money prevail over social and environmental risks.

“We see the public prosecutor’s office trying to prevent a new disaster as huge as the ones that impacted the Doce River and Brumadinho,” Ribeiro says.

“Meanwhile, the state and city governments are trying to prevent revenue losses. And of course, the people are torn,” the expert adds.

But she adds that local communities and even workers may not support the government if they don’t have the necessary information to be sure people and nature will be safe.

Lourival Araújo Andrade, a union leader with the Minerals Union Action, also raises questions about the benefits of an economy with such a huge connection with mining activities. “Yes, we need mining. But with this model, especially these ‘mega-mines,’ in which the conversation about respect to biodiversity and social responsibility is nonexistent, it’s time to shutdown those who don’t want to change,” he says.

Nelson Missias, the appellate judge who signed the court order authorizing Vale to resume operations, said the stability of a dam that integrates the Brucutu mine was attested by technicians, arguing that the operations should be halted only based on material reasons, not “just concerns.”

Tatiana Ribeiro refutes the argument that there are no grounds to sustain the claim, as the dams that broke in 2015 in Mariana and earlier this year in Brumadinho also had reports attesting their stability, but that didn’t prevent them from collapsing.

“It’s the companies hired by the miners that produce the information about dam safety in the existing system,” Ribeiro underscores. “With Vale’s history of two dam breaks, that means they are no longer reliable to produce this kind of information.”

“As there is lack of trust now in the way miners operate, that’s enough for the courts to be more cautious about the information that is produced by them,” she adds.

Ninety days after the environmental crime, another measure that could favor Vale is a deal negotiated with the Minas Gerais public defender’s office.

Earlier this month, the office signed a memorandum of commitment with the mining giant to pay damages to the victims “quickly, effectively, and fairly.” The rupture of the Brumadinho dam killed 232 people, and 40 are missing.

While the public prosecutor’s office of Minas Gerais argues that a collective claim is the best option in this case, the professor has a different opinion about it.

Ribeiro believes that three months is not enough time to assess whether the company is being correctly held accountable for the tragedy. She points out that public authorities have gained experience with other cases like the Mariana dam break and have been responding to this kind of situation in a more articulated manner.

“On the other hand, the companies also learned a lot from that process. But the lesson for them is in the sense of making sure they prevent losses more so than making sure they don’t repeat the same mistakes.”