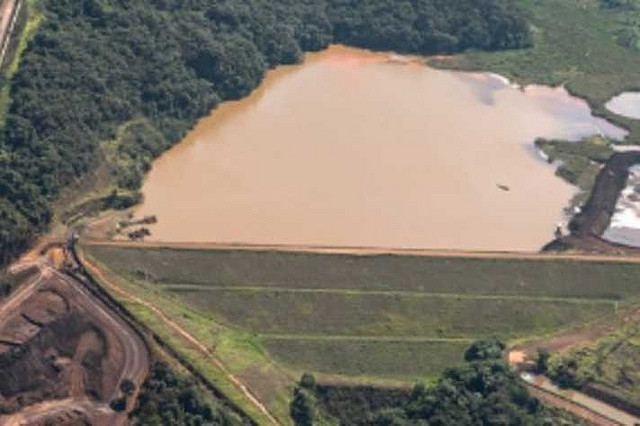 The risk level of three dams operated by Vale in the state of Minas Gerais, Brazil, was raised to the highest grade, the mining giant said on Wednesday, sounding the warning sirens for the second time in little more than one month.

The dams are located in the same state that suffered two of the biggest man-made social and environmental disasters in the history of the planet: the Vale dam collapse in Brumadinho and the Samarco dam break in Mariana.

Two of the dams that are now at the highest risk of collapse are located in the city of Ouro Preto and one in the Macacos district in Nova Lima, greater Belo Horizonte area.

Brazil’s National Mining Agency raised the risk level of the three dams from two to three, but local residents will not be removed, unlike what happened in February in the self-rescue zones of Macacos, where 250 people were removed on Feb. 16 and have not been able to return to their homes since.

The Macacos dam holds 3 million cubic meters (105 million cubic feet) of byproducts of mining operations. It is an upstream tailings dam, just like the ones that collapsed in Brumadinho and Mariana.

Authorities said five thousand residents of nearby areas — where the toxic mud would take an hour to reach in the event of a dam collapse — should receive training in the next few days.

The dams are now being monitored 24/7. Tatiana Sansi, a Macacos community leader, told the newspaper Folha de S. Paulo that it is a “very complicated scenario,” and people are panicking. “Vale is not assisting the community. People are starving. They are denying them basic needs,” she said.