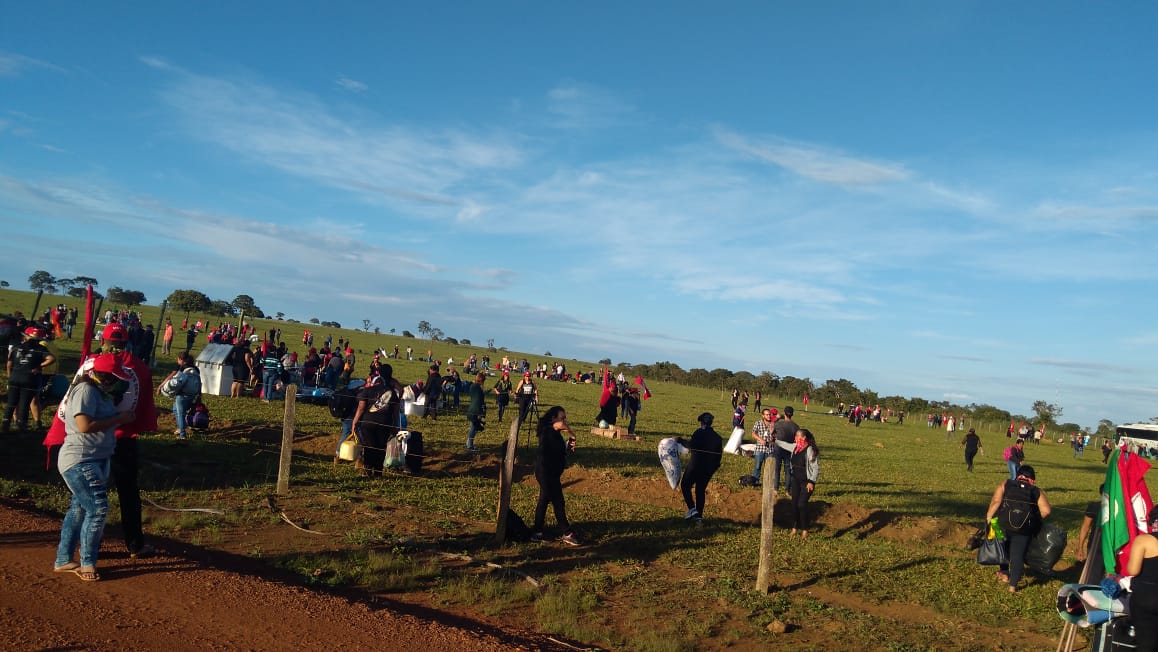 Within the framework of the Day of Struggle of Landless Women, this Wednesday morning (13), 800 peasant women occupied one of the farms of João de Deus in the municipality of Anapolis, in the interior of the state of Goiás, in the center of Brazil.

The denunciation action is carried out by the women of the Landless Rural Workers Movement (MST) and the Popular Peasant Movement (MCP).

The area is under review by the Justice Department and has around 600 hectares. João Teixeira de Farias, known as João de Deus, 76 years old, became famous in Brazil and in the world for providing alleged spiritual treatments since the 1970s.

By 2018 he was accused of sexual abuse and violence, and since then, more than 500 women have sought out the police and the Public Ministry to denounce abuses committed by him. Many of the harassments occurred during treatment at Casa Dom Inácio de Loyola, in Abadiânia, in the state of Goiás.

On Tuesday (12), the Criminal Chamber of the Court of Justice of Goiás granted habeas corpus to the medium and also to his son, Sandro Teixeira. But as soon as the son will be released from prison, João de Deus has other warrants against him.

In the first public denunciations, the Public Prosecutor’s Office declared to have a record of harassment cases since 2010. However, complaints have been filed against him since 1980. One of the first accounts is of his own daughter, Dalva Teixeira, 45, who reported sexual abuse by her father between the ages of 9 and 14.

Previously detained since December last year, he is charged with rape, rape of vulnerable and rape through fraud, coercion and witness corruption.

In addition, João de Deus has been accused of charlatanism, seduction of minors, indecent assault, smuggling of minerals and even murder. He was influential among the authorities and in none of the cases was the medium found guilty.

No one knows the value of João de Deus’ fortune, including applications, companies, cars, houses, farms and monoculture fields of cattle and soybeans, and a Seneca II six-seater airplane, also a gold mine in Nova Era, state of Minas Gerais.

Peasant women point out that João de Deus is known for gathering sites, unproductive lands and lands in the state of Goiás. According to an investigation by the newspaper Folha de São Paulo, in notaries in the region there are 27 records of real estate in the name of “João Curador”. Of these, 23 are in the urban area, totalling 19,725 square meters, as well as four in the rural area, with 703 hectares, equivalent to 985 soccer fields. 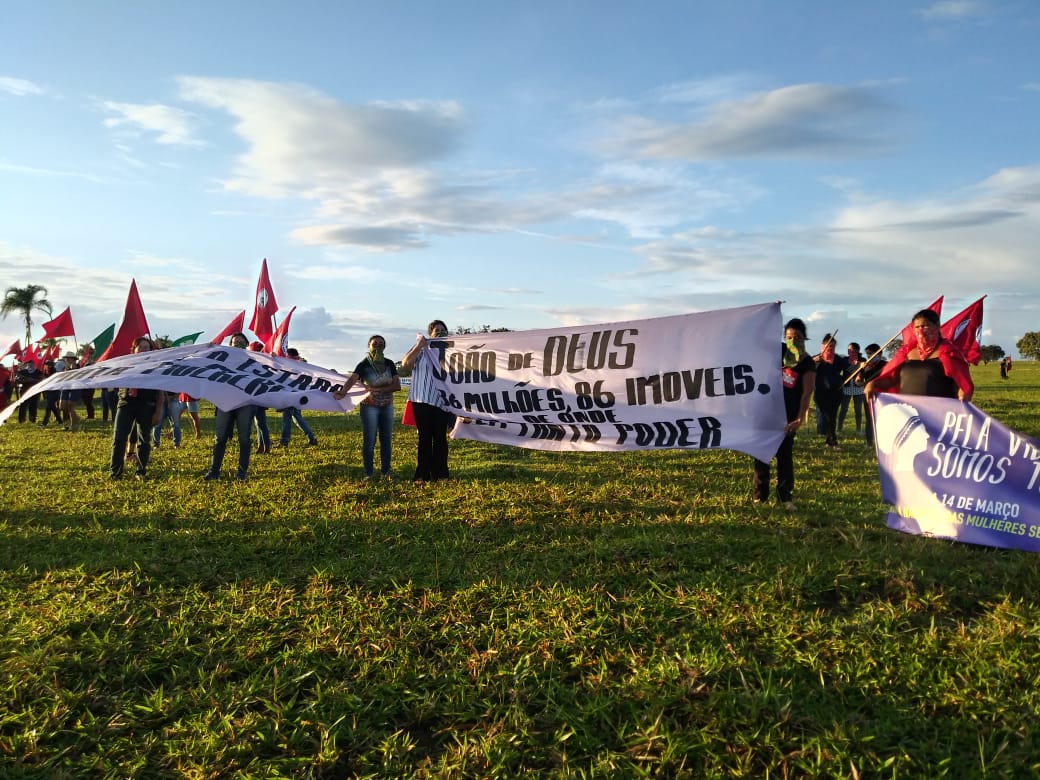 “For this and many other reasons, Landless women now occupy the Agropastoril Dom Inácio farm, which is the fruit of abuse, rape and violence. We fight #ForAll in a Brazil that is the fifth country in violent deaths of women in the world according to UN data.

In a country that, in the 21st century, orders the death of a public official who crossed its path, which constitutes a political crime. It is for all of us that we need to discover who are the principals of Marielle Franco’s execution. Who planned and contracted her assassination. We demand to know which political group is capable of eliminating a councilwoman.

Our commitment is to continue as part of the permanent struggle in the present moment in which we live. Against the perverse formula of appropriation and concentration of wealth in the hands of a few and the socialization of misery and inequality. Against the current government that withdraws women’s rights, oppresses us, violates us and kills us.

Against machismo and patriarchy. Against everything that keeps us quiet, humiliates us and kills us, we will continue for us all.

For the sake of women’s lives, we are all Marielles.” 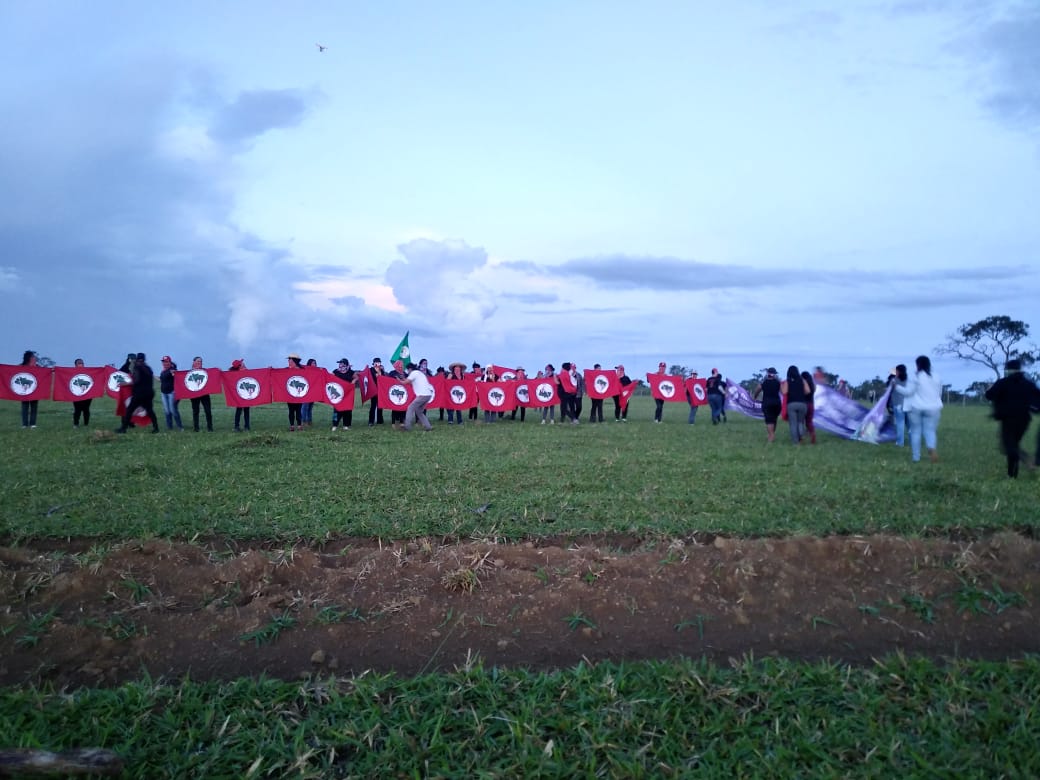