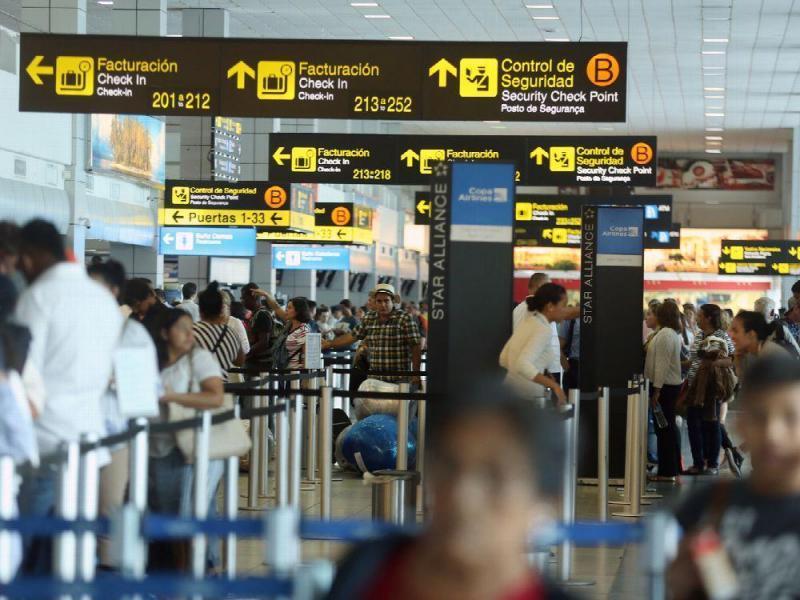 On February 27, the International Peoples’ Assembly in Solidarity with the Bolivarian Revolution and Against Imperialism concluded in Caracas, Venezuela, it saw the participation of 500 people from 87 countries and 181 people’s movements and organizations. The encounter itself took place in the context of increased tensions and pressure on Venezuela as the US empire and its allies continue their desperate attempts to install National Assembly member Juan Guaidó as “interim president”.

Due to this context, and the nature of the Assembly itself, several participants were subjected to hostile and repressive treatment while in transit to and from Caracas. Overall, many noted that there was a general attempt to sabotage people’s ability to travel as planned to the Venezuelan capital. For example, Copa Airlines of Panama cancelled all of their 18:37 flights from Panama City to Caracas, citing the “security situation in Venezuela” and the “protests.” Thus all passengers who were scheduled to travel on this flight were forced to wait until 1:55 the following day to travel. Air France cancelled several Paris-Caracas flights in the days after February 23, the day of the ‘ultimatum’ given by Guaidó and the US for the entrance of humanitarian aid into Venezuela.

The most grave case was of Boro, a Basque journalist from La Haine who was deported while in transit to Venezuela. He explained that originally, he was supposed to travel from Bilbao to  Caracas via Paris on February 23. However, due to Air France’s announcement that all of their Caracas-bound flights were cancelled “due to security” reasons, he was given an alternative route for the following day:  Bilbao-Paris-Panama City-Caracas.

Boro told Peoples Dispatch that when he arrived at the gate to board in Panama City,

“I was approached by 3 Panamanian police personnel who identified themselves as immigration police. They asked me my name and about the cases I had with the Spanish State. I explained that in one of the cases, I had been completely absolved and in the other, for which I have a sentence of a year and a half, and we are still evaluating whether we will appeal. I explained to them that I am a journalist and I was travelling to Caracas to cover an international event. They said that I should accompany them to an office where they took my phone, computer and they kept asking questions: If I had been invited by the Government of Maduro or Guaidó to the event that I was going to cover, if I was an ETA sympathizer or if I was part of it, if I was part of some political party…they filled out a police file on me, taking my finger prints, the iris of my eye”.

Boro was then informed that he would not be allowed to travel to Caracas and he spent 23 hours in detention at an office in the airport. The Panamanian authorities did not give him his phone or computer back until he boarded the plane to Paris, even as other travellers in the same office were able to use their devices with no problems. When he asked why, they told him that his was “a special case”. Only after 21 and a half hours did authorities allowed him to speak with the Spanish consulate and shortly after, they gave him his things back and put him on his plane to return.

As to the reasons behind his detention and deportation, Boro commented,

“I think the objective was to, on one hand, to boycott the International Peoples’ Assembly, since I was not the only participant that had problems arriving. And on the other hand, it tries to prevent people’s media like La Haine from providing first-hand information about what is happening in Venezuela. Panama is a loyal ally of the US, a member of the Lima Group and it uses its legislation as a tool to impede journalists from travelling to Venezuela with the intention to inform truthfully (and not lie like all of the capitalist media does with regards to Venezuela).”

“They were wrong and despite all the consequences, personal, economic, and the rest, from La Haine, we will continue to inform [people] about Venezuela and we will try to travel there when we can. For a small media house like ours with a very small budget, it is a blow, but it does not take away our desire to continue informing.”

At the same Tocumen International Airport in Panama, three delegates from Mexico and one from Jamaica who had participated in the Assembly were detained and interrogated on their way back from Caracas. Peoples Dispatch spoke to Magdiel Sánchez Quiroz from Mexico about his experience.

The first sign of trouble in Panama, he said, was the intensive checking and interrogation of all the passengers arriving from Caracas were subjected to. The passports of Quiroz and the other three delegates were confiscated without any explanation. They were then questioned in a hallway in the airport about their activities in Venezuela, the motive for their trip, the duration and the amount of money they had. They were taken to a small room and without any notice, their bags were thoroughly checked again. They were also made to pass through a machine to check if they wee carrying any illegal substances.

Finally, Quiroz said, they were taken to the gate where the boarding had already begun. However, instead of being allowed to board, they were forced to take out their checked-in baggage. The authorities went through these bags too, even opening books, and smelling items, to check for illegal substances. Following this, they were finally given their passports back (which the authorities had taken photos of) and allowed to board though no explanation was given. Quiroz noted that throughout the entire ordeal, the Panamanian authorities were in permanent communication by phone to a person who was giving them instructions. Upon arrival at Mexico, they were forced to undergo another exhaustive search of their luggage because they had received a special tag, despite not carrying any materials that would merit such a search.

Quiroz said, “Evidently, this incident is about the subordination of the countries in the region to the security policies of the US. These are not security policies but policies of intimidation and domination. It is embarrassing that a country like Panama shows these signs of subordination to the North American empire and the willingness to violate the right to transit of passengers who are only travelling through their country on a layover.”

“I think this is one of the many ways that they want to block our revolutionary process and the forms of solidarity that have been emerging and are taking force with this space of the International Peoples’ Assembly which is helping us unleash a greater resistance, solidarity, and permanent commitment to the Bolivarian Revolution and the anti-imperialist struggle on a global level. We know that these small interrogations will not be enough to stop us from struggling to continue building our platforms and to carry out everything we agreed on during these days in Venezuela,” he affirmed.

One of the members of the coordinating committee of the Assembly and a national leader of Brazil’s Landless Rural Workers’ Movement (MST), João Pedro Stedile, denounced the sabotage and repression: “I think that one of the most perverse aspects was different European companies not allowing several comrades from Asia and Africa to even board the plane because they had layovers in Europe. This is a masked repression that impedes the people from flying, from participating and of course, it is always with Black or Asian comrades. European colonialism and racism manifests itself in numerous ways. We had dozens of tickets cancelled by the companies. This is also part of the blockade against the government of Maduro. They tried to stop journalists and militants from coming near Venezuela, so they could see with their own eyes what happens there and share the truth in their countries.”

Stedile located these actions in the overall strategy of capital to sabotage in every way possible the efforts of the organization of the working class: “The capitalists, imperialist, colonialists, are always scared that those on the bottom coordinate, come together…so they are attentive, with their security schemes to surveil us…with our phones, on the internet, Facebook, and then openly like they did now in their airports. This is part of the class struggle. Our part is to continue organizing the people, so that they fight for their rights and struggle on an international level.”