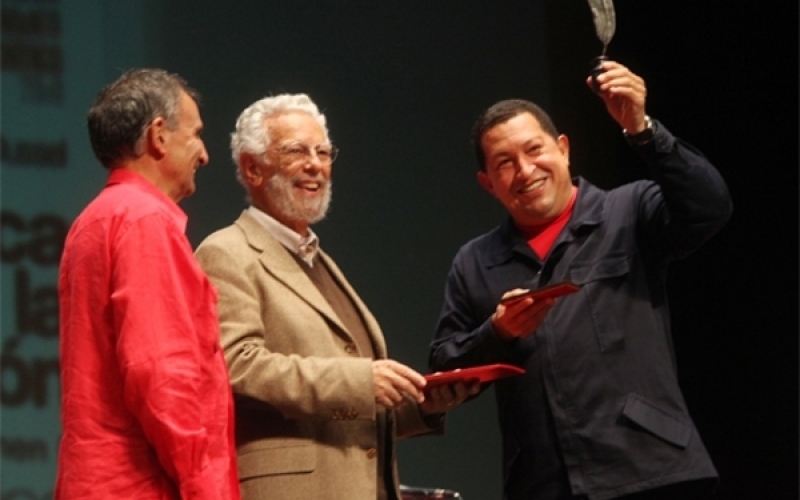 The third edition of the School of Decolonial Critical Thought is taking place this week in Caracas.

The conference, which this year has as its theme “The State and Constituent Processes,” features a host of speakers from across the world, headlined by internationally acclaimed Argentine-Mexican philosopher and historian Enrique Dussel.

Dussel, who drew a large crowd to the National Library of Caracas, began his lecture on Monday with a historical overview of the Philosophy of Liberation, of which he was one of the founders. The movement is, in Dussel’s words, “the first truly Latin American philosophy.” Along these lines, he urged Latin American thinkers not to be mere “subsidiaries” of European and North-American thought and instead chart new theoretical and practical horizons guided by the reality of the Global South.

Turning to more current events, Dussel invited his audience to reflect on the causes of the rightward shift in the region, personified most prominently by Brazilian ultra-right presidential candidate Jair Bolsonaro, which the philosopher attributed in part to leftist government’s problems with corruption. Alluding to Odebrecht and other corruption scandals, he called on revolutionary leaders to emulate the “ethical subjectivity” of figures like Hugo Chavez and Che Guevara and prioritize political education of the youth.

For her part, Algerian-French writer and political leader Houria Bouteldja of the Indigenous of the Republic Party placed a passionate call for a politics of “revolutionary love,” urging racialized peoples in Latin America and Europe to shrug off their internalized self-hatred and build alliances to overcome capitalism and colonialism.

On Wednesday, the guests of the school also took part in a live televised broadcast alongside President Maduro, Culture Minister Ernesto Villegas, and several leading figures from the ruling United Socialist Party of Venezuela (PSUV) such as Adan Chavez. 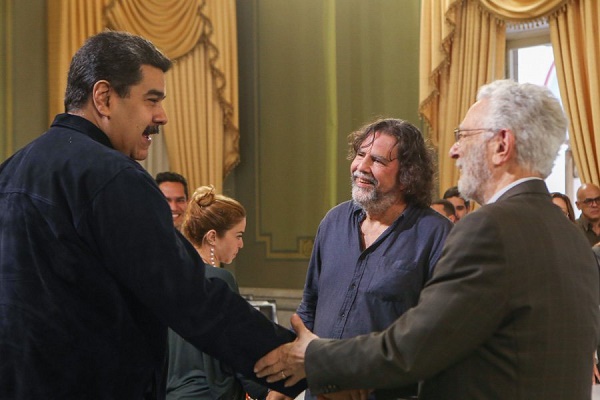 President Maduro met with speakers from the School of Decolonial Critical Thought on Wednesday, including Enrique Dussel (right) and Ramon Grosfoguel (second from right). (Presidential Press)

During the program, Dussel took the opportunity to point out that a lot of work remained to be done in terms of decolonization. In particular, he observed that even in revolutionary processes such as the ones in Cuba or Venezuela, education and culture still have an eurocentric perspective.

“We have to start changing the contents of the curriculum in primary, secondary and higher education […] to allow Venezuelans to discover their history and battle against the colonization of their thought,” the philosopher affirmed.

To this end, Dussel urged the Venezuelan government to create a institute that would work transversally to decolonize all the activities of the state.

In his address, Maduro praised the efforts of the school and recalled former President Hugo Chavez’s admiration for, and embrace of, Enrique Dussel’s teachings.

The Venezuelan president also talked about the difficult situation the country is going through, especially due to foreign aggression. He also singled out US Vice President Mike Pence’s accusation that Venezuela was financing the Central American migrant caravan making its way to the US-Mexico border as a dangerous sign.

Finally, Maduro approved the creation of a Venezuelan Institute for Decolonization, incorporating it in the 2019-2025 Homeland Plan and assigning Ernesto Villegas to lead the project.