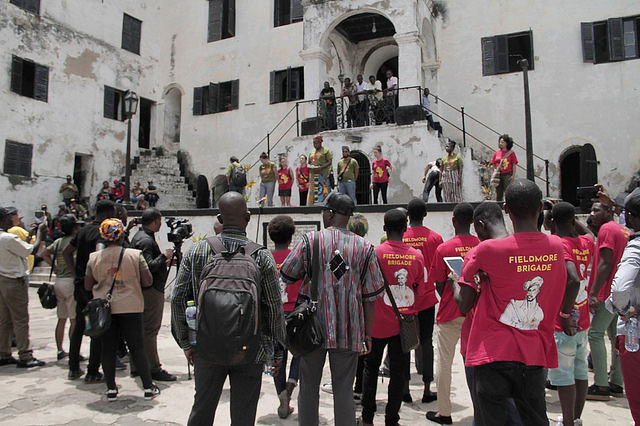 More than 400 people from 50 countries are taking part in conference in Winneba, Ghana / Nina Fideles

The group met at the São Jorge da Mina (St. George of the Mines) Castle for the opening activity of the 3rd Pan-Africanism Today Conference, held in Winneba, Ghana.

Jonis Ghedi Alasow, a member of Pan African Today, one of the host organizations, says the Elmina Castle is the starting point of a struggle that continues to this day.

“It is a starting point of our exploitation and also our resistance to that exploitation. So there is a symbolism, there is a meaning to it, there is a history to it for us to understand, in order to start, to continue, and to move to the next level in our quest for unified Pan-African socialist states of Africa. That must start. This is why we felt it was important to begin the conference there. That needs to begin with a recognition of where that comes from. This was quite a physical recognition of that,” he pointed out.

The castle is located in the city of Elmina, 159 kilometers (98 miles) from the capital city of Ghana, Accra. More than 7 million people have been kept at some point in the dungeons of the building after being captured for the slave trade and before being shipped to the new colonies in Latin America and the Caribbean, including Brazil. Only half of them survived the punishment, abuse, and long journeys on board of vessels in degrading conditions. 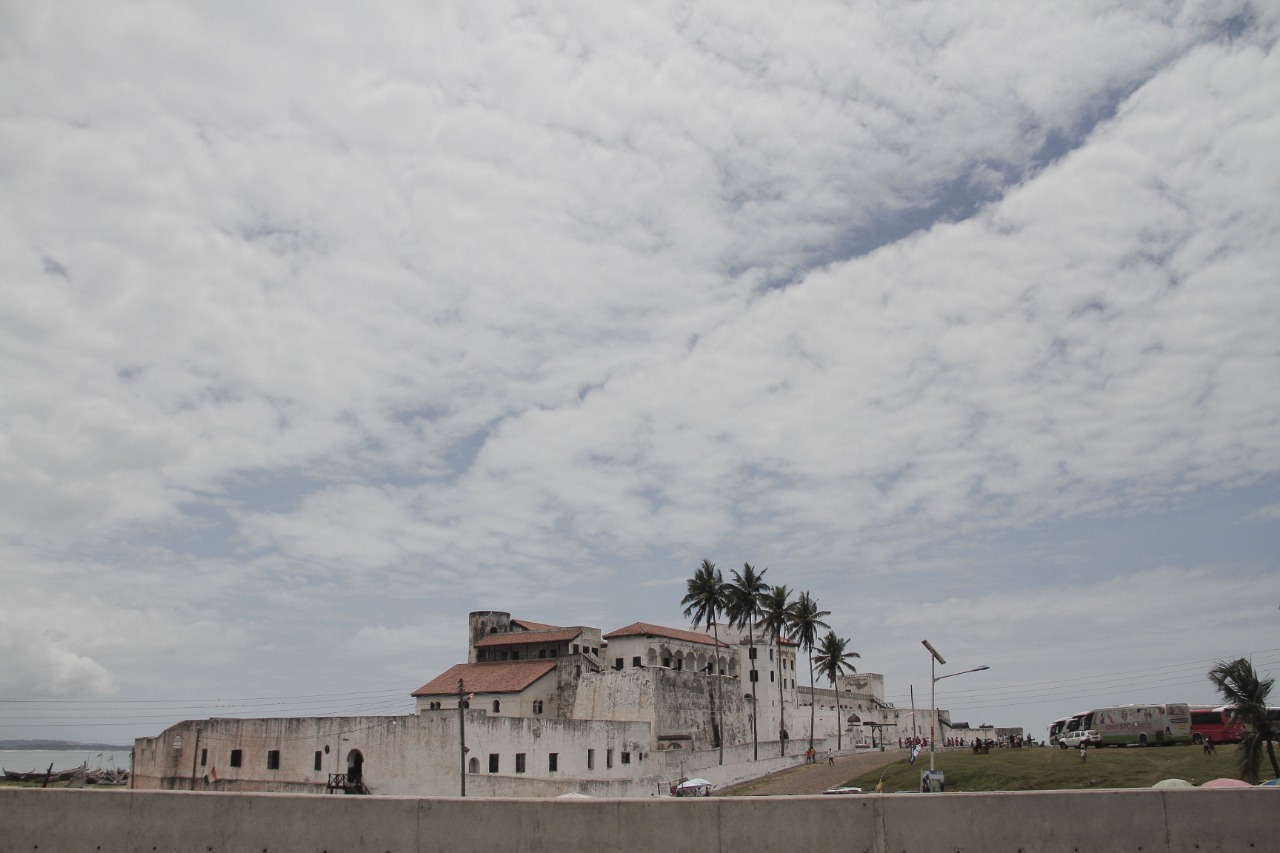 Built in the 15th century, the Elmina Castle was the largest site of illegal human trafficking for slavery | Nina Fideles

While the facilities had capacity for 1,000 people, twice as much prisoners were actually held at once at the Elmina Castle. Men, women, and children were kept in different dungeons, waiting for months before being sentenced to a life of slavery in other continents.

The “door of no return” was the last place they would walk through before going on board of the ships that would take them in a harrowing journey. This was the only moment when men and women, sometimes couples that were separated from each other, would meet. Unable to speak to each other, all they could do was cry. 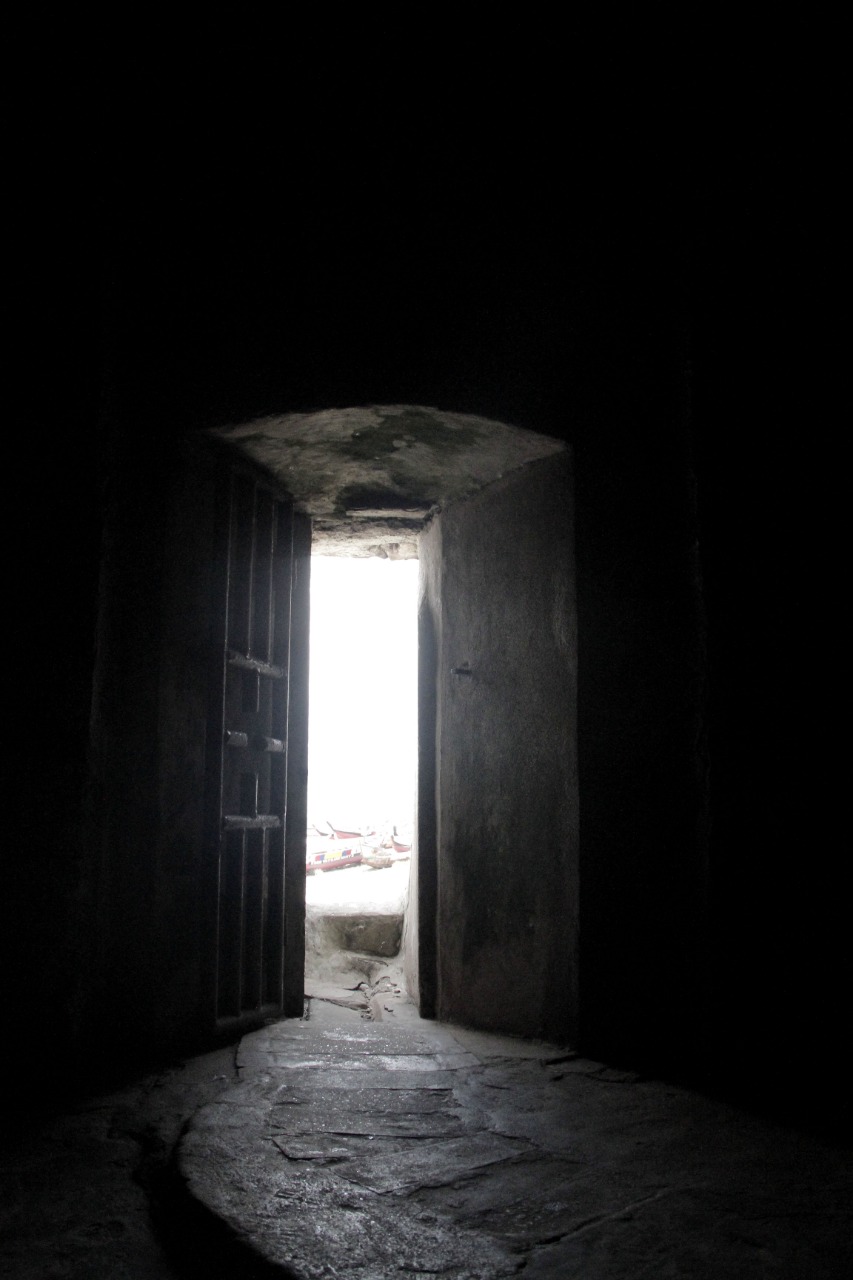 The castle is also the oldest European building in West Africa. Erected by the Portuguese in 1492, it was a trading post for commodities such as salt and gold, and also where religious missionaries who traveled the world to spread Christianity would stay. As the colonization of countries in Latin America and the Caribbean expanded, the business changed from things to people.

In 1637, the Dutch seized the castle, putting an end to 157 years of Portuguese rule. That was a period when all Europe was engaged in human trafficking, and the conditions there deteriorated. The site was run by the Dutch for 235 years, and then by the British for 87 years.

The slave trade continued in the castle even after it was banned in the early 19th century. That would only end in the 1870s, when it was ceded to the British. Later, the fortress became a training ground for soldiers during World War II.

Today, the Ghanaian government houses a memorial monument at the castle, and the cells and the “door of no return” are open to visitors.

Ato Ashun works as a guide and wrote books about the history of the fortress. He says that, while the Elmina Castle is at the root of the issues Africa faces, part of the solutions to them are also there.

“Until you know where you are coming from, you will not know where you are going. Knowing exactly what happened in the past will change the way you think. So seeing the dungeons of the castle is of utmost importance to every African,” Ashun said.

No minute of silence

This is why the opening activity took place at the castle, with the organizations that are taking part in the conference.

Brazilian activist Andreia Ribeiro was one of the participants. Born in the state of Maranhão, she has been living in Zambia for over a year as a member of the Samora Machel brigade of the Landless Workers’ Movement (MST).

“It is as if I was feeling what my African brothers and sisters felt. It was a very emotional moment for me. Feelings of anguish, outrage, and anger emerged,” she poignantly said about their visit to the old slave trading site. 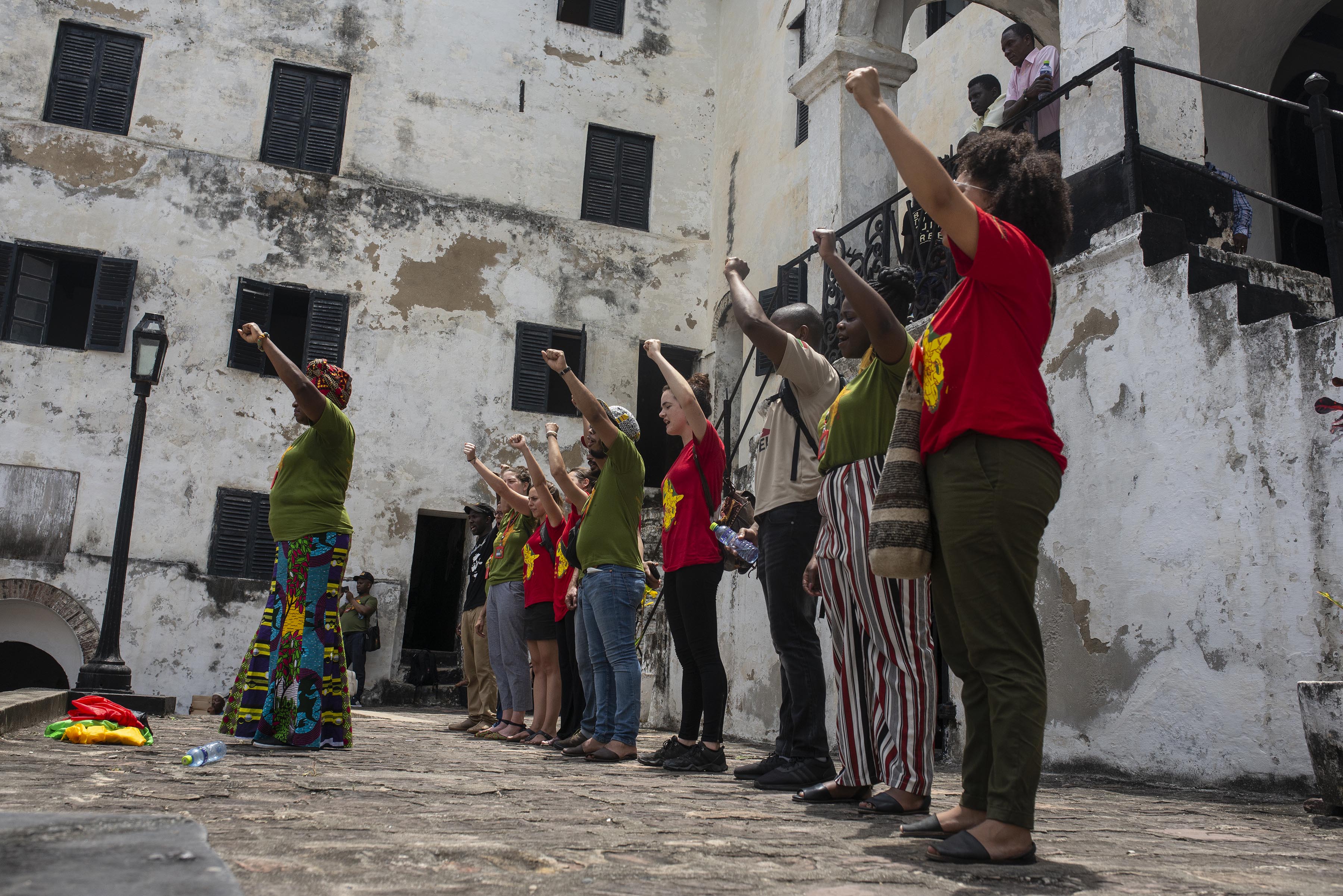 In Ghana, activists staged a demonstration in honor of their ancestors | Ihsaan Haffejee

Ribeiro said these strong feelings have to be channeled to the struggle for a decent, dignified life that started with enslaved men and women who resisted.

“We are still reliving what has happened to our ancestors, but now in a disguised, masked way. We have to expose that. And the best way to do that is by constantly talking about it, discussing, and trying to find ways to overcome everything we are outraged over.”

The Third Pan Africanism Today Conference will take place through to Sunday, Sep. 24, gathering more than 400 people from 50 countries in Ghana.

Jonis Ghedi Alasow said the goal of the meeting is to understand how events from the past are still impacting our present.

“The development of capitalism can only be truly understood when we recognize the history of slavery is an integral part to that development,” he points out.

In addition to Pan African Today, the event is organized by the National Union of Metalworkers of South Africa (NUMSA), the Socialist Party of Zambia, left-wing Moroccan Party Democratic Way, Tunisian Worker’s Party and the Socialist Forum of Ghana.

According to Alasow, one of the main goals of the conference is to identify progressive, left-wing forces in the African continent and promote unity between those organizations.

“This conference intends to develop resolutions that are not only going to stop at having met one another, but are going to move toward actually working together across the continent in the essential spirit of the Pan-African we talk about,” Alasow said.

The conference is also a step that will culminate in the International People’s Assembly, which will gather people’s movements from all over the world in Caracas, Venezuela, in 2019.