President Juan Orlando Hernandez said in a news conference that people should come together under a “national consensus.” 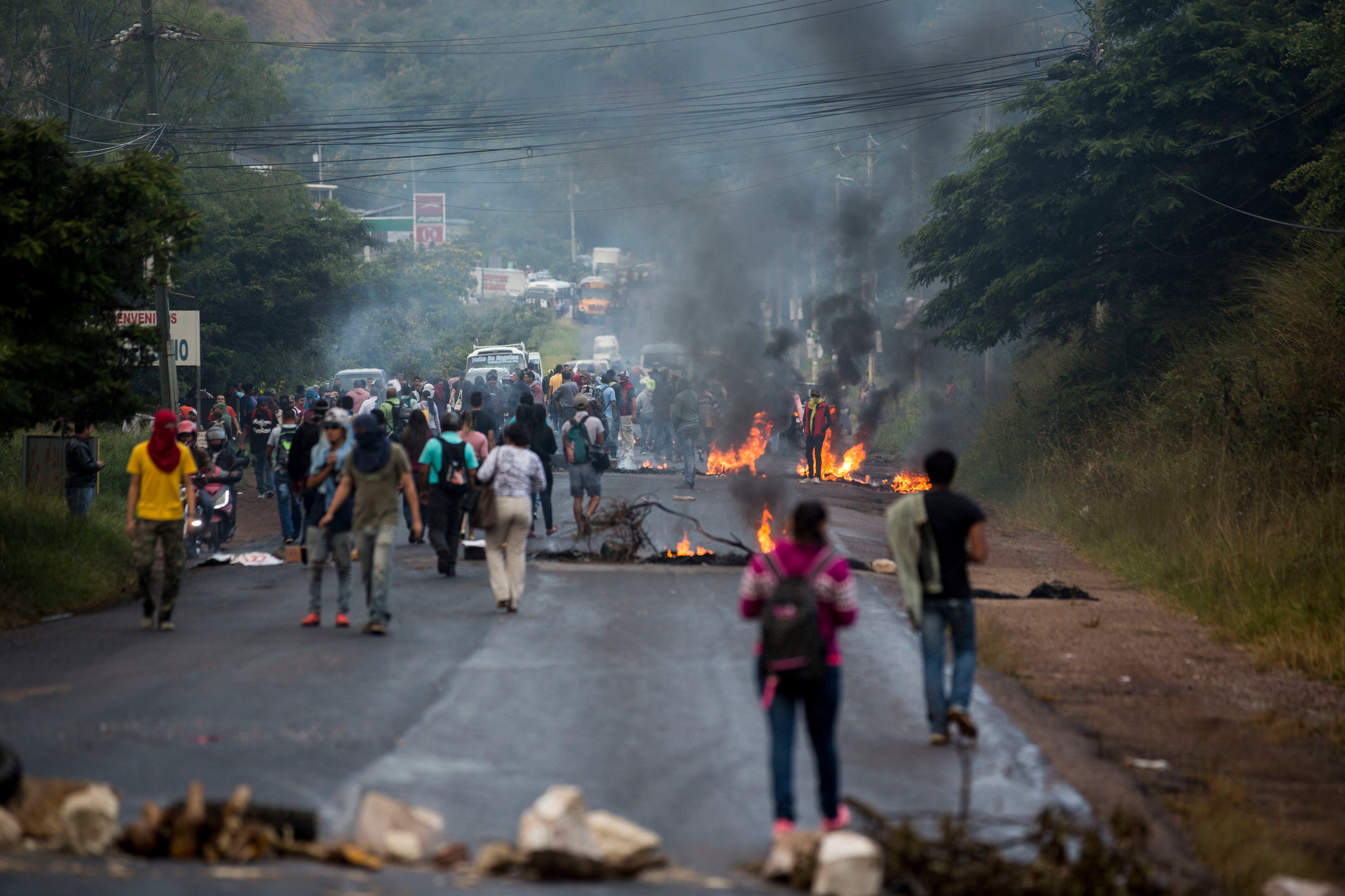 Honduran President Juan Orlando Hernandez has addressed his controversial re-election, saying “we are all brothers and we all hope for the same future.”

Juan Orlando Hernandez, who was announced the official winner of the Honduran presidential elections that took place Nov. 26, said in a news conference this morning that people should come together under a “national consensus that allows us to work as a new country.”

He said that electoral results shouldn’t be used to create violence and destruction. He called for the people of Honduras to “construct our tomorrow for future generations,” adding that he promotes “dialogue for peace.”

Hernandez’s remarks come after two nights of protests by Salvador Nasralla supporters of the Opposition Alliance who say that the government institution in charge of the electoral process, the Supreme Electoral Tribunal, TSE, “stole” the election from center-leftist Nasralla. 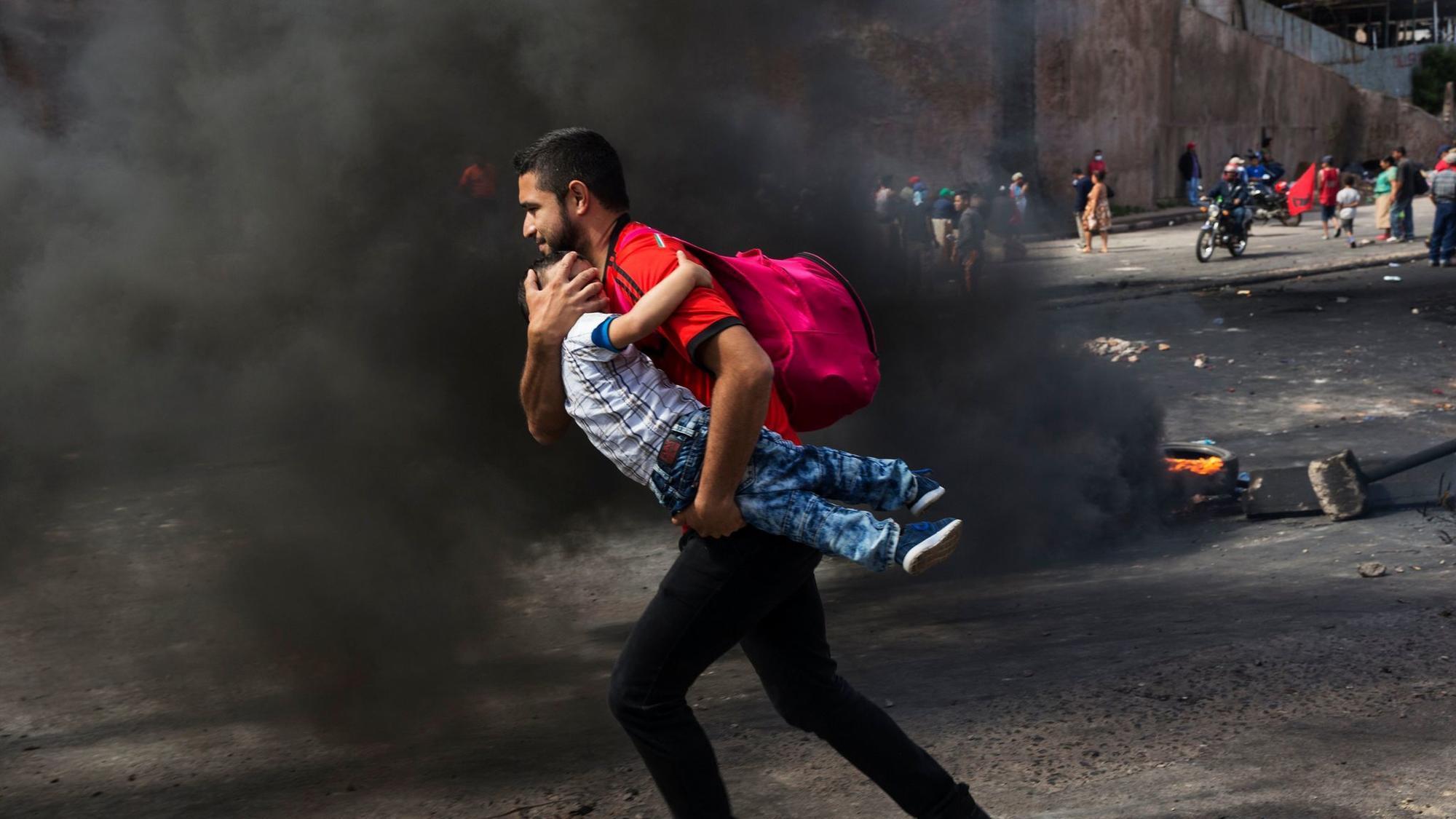 Since Sunday’s results, a new wave of protest has broken out across Honduras during which military and police forces have killed three protesters, according to local media. Security forces continue to throw tear gas on crowds in Tegucigalpa.

Between Nov. 30 and Dec. 16, security forces killed 22 protesters claiming electoral fraud on part of the TSE, its director, David Matamoros and Hernandez.

Among the dead are a 16-year-old male killed in Ceiba and two demonstrators in Olancho, in eastern Honduras, according to the human rights organization, Committee of the Families of Detained and Disappeared in Honduras, or Cofadeh. Over 50 people were reported injured and 844 detained by policing forces.

Nasralla responded with a Facebook video in which he reiterated, “It is clear that there was fraud before, during and after the elections (…) The President of the Republic at this moment is an impostor, and the Honduran people know it.” According to La Prensa newspaper, the Opposition Alliance challenged 125 irregularities they say took place since Nov. 26.

In an early morning press conference in Washington, D.C. this morning, Nasralla said Honduras is at risk of a “civil war” and the government needs to redo its presidential election “recognized by the international community.”

“To be clear, I didn’t come to Washington to receive orders nor did I come here to ask for support for my electoral victory,” he said.

“Today, the people are defending this on the streets of Honduras, but they are being violently repressed by the Honduran government, which has destroyed the rule of law in the country.” 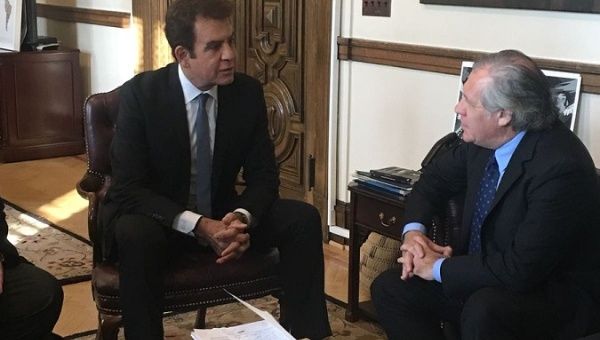 Secretary-General of the OAS, Luis Almagro, who has hinted at a full recount or new elections in the past was finally unequivocal that the Honduran government should redo the elections.

It’s “impossible to determine the winner,” said the secretary-general. In a tweet Almagro said, “the only possible way to for the Honduran people to win is to call for a new election that respects the rule of law, with TSE and technical guarantees to reassure citizens and political party confidence.”

Over the past several weeks the TSE and international observation delegates from the Organization of the American States, OAS, and the European Union recounted ballots from 5,759 polling stations, representing 30 percent of all votes at Nasralla’s insistence of electoral fraud. The recount still placed Hernandez in the lead.

U.S. legislators are also coming out in support of a new Honduran election. Democratic Senator from Vermont, Patrick Leahy released a statement reading, “Unfortunately, the announcement by the Supreme Electoral Tribunal leaves too many questions unanswered. There were multiple opportunities for fraud in this election.” He added, “I urge the EU and the OAS to insist on whatever action – including a complete recount or a new election – is necessary to eliminate any reasonable suspicion of fraud that could have affected the result. I also urge the Honduran police to immediately cease the use of live ammunition against protesters.”

Minnesota Congress member, Keith Ellison tweeted, “What’s happening in Honduras is an affront to people across the world who believe in the rule of law. We in the United States have to speak clearly in denouncing that abuse of power.”

Almagro met with Nasralla yesterday in Washington, D.C. to discuss the “need to call for new elections, dialogue, reconciliation and non-violence”, according to Almagro’s twitter account.

National media says that all airports are running uninterrupted after earlier news that some international flights were delayed or canceled in San Pedro Sula.

Honduras: 3 Confirmed Dead in Under 24 Hours

According to the several witnesses accounts, Funez was fatally wounded by a bullet discharged by military personnel. Local reports indicate that there have been three deaths – at the hands of military and police officials – in the region, so far.

A new wave of violence broke out late Sunday across the country and continued into Monday morning. Local media reported that police officers were observed hurling tear gas canisters at protesters in the capital, Tegucigalpa.

Hondurans are generally displeased with the announcement, by the Supreme Electoral Tribunal (TSE), that Juan Orlando Hernandez won the recently completed elections with 42.95 percent of the vote.

In a press conference on Sunday, an international observer representative disclosed that there had been several irregularities in the Nov. 26 Honduran polls.

Halfway through the count the opposition Alliance candidate, Salvador Nasralla, led Hernandez by five percentage points. Following a lengthy multi-day delay by the TSE, Hernandez edged ahead with a narrow gap between himself and Nasralla.

More than 15 people have been reported dead, several injured and another 1,500 detained.